By proactivestoner | February 27, 2019 - 1:19 pm |February 27, 2019 harm reduction
CHS came up again on the facebag discussions. A F0x “news” report brought it to the spotlight with the sensationalized scare tactics that sustain most of the viewership. 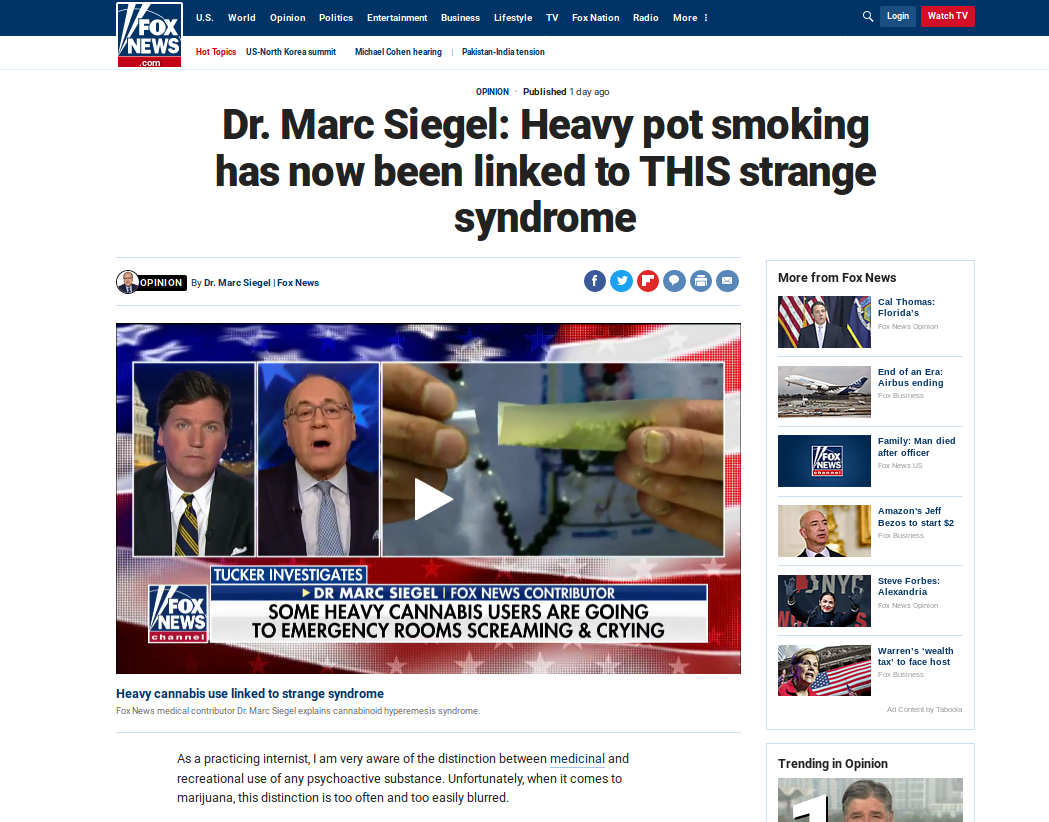 I know one person who was diagnosed with CHS as a condition (smoked at least 10-15 times daily). That said, the condition is declared based on the assertion that the primary “associated factor” is constant Cannabis use when no other known factors are contributing.

Several comments on the original Fox page mention that post cyclic vomiting syndrome is the more common dilemma. Between CHS and CVS it would be other factors like inadvertent toxins being introduced, genetic influence, dental and microbiota health, as well as nervous system problems and hormone imbalances that contribute… It’s not just the plant.

Of the many people to call “BS” in the social threads the most scientifically based response was geared towards a Steemit post on the subject  “Cannabis Hyperemesis Syndrome” (CHS) is actually Azadirachtin (neem) poisoning! available from https://steemit.com/cannabis/@drutter/cannabis-hyperemesis-syndrome-chs-is-actually-azadirachtin-neem-poisoning 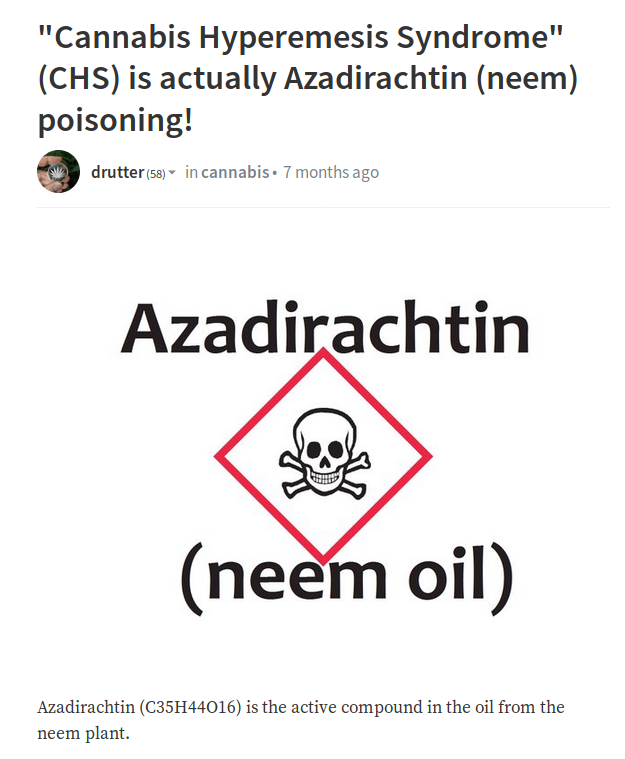